A Market Outlook – China’s Challenges to the Automotive Industry

For nearly forty years, the Chinese economy has been steadily rising, but now the mood seems to be clouding over. Although economic growth is expected to remain at around six percent in the coming years, this is a noticeable decline from the double-digit growth rates recorded to date. There are many reasons for this, neighbouring countries such as Bangladesh and Vietnam are becoming more and more competitive and at the same time production costs in China are rising, which have so far been low. Many provinces in China have fallen into debt in recent years and the days of costly and generous economic development programmes are over for the time being.

The car industry in China is also feeling the effects of a slowdown in the upswing. In 2018, for the first time since the nineties, fewer vehicles were sold than in the same period last year. Ford was hit hardest with a decline of 38 percent, followed by the PSA Group and market leader Volkswagen also reported a 2 percent drop. There were also declining figures for the Chinese manufacturers, but GAC, Geely and Roewe, for example, recorded an increase of up to 24 percent. 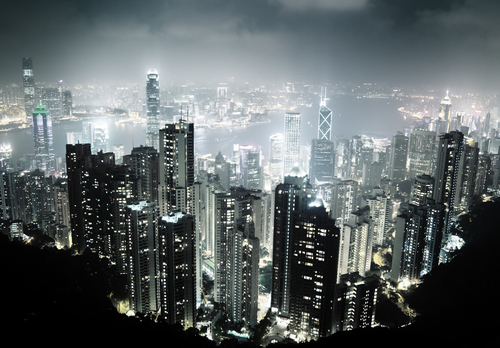 What could also slow down the growth of foreign car manufacturers in the future is the fact that Chinese brands have caught up significantly in terms of quality in recent years. New Chinese manufacturers are rigorously focusing on electromobility and infotainment, and especially in the electric car market the Germans are not playing a role in China. But it is precisely this segment that is strongly promoted by the government: Advantages for the approval of e-cars in conurbations, massive expansion of charging stations and free charging stations for customers at home.

In addition, many car buyers in China are first-time customers and have virtually no brand loyalty. If premium manufacturers such as BMW, Mercedes or Porsche manage to retain the wealthy middle class in the long term, nothing stands in the way of further growth. But Chinese customers are also very individual in their design. Without vehicles tailored to the local market, even established brands and manufacturers cannot make up ground. Only recently Jaguar Land Rover had to experience this painfully with 21 percent fewer cars sold. BMW and Mercedes, on the other hand, have tailored their 7 Series and S Class to the Chinese market, which continues to set the tone despite a short-term damper with more than 28 million vehicles sold per year. Therefore, the Chinese market will continue to play an important role for car manufacturers and suppliers in the future and could also be of interest to you! Would you like to export your products there? You need the obligatory China Compulsory Certification (CCC), for which we would be happy to advise you.