The Indian automotive market is experiencing massive investment by foreign automotive groups between 2018 and 2022. According to analysts, companies are hoping to increase their sales figures in what is currently the fifth-largest market, which is expected to become the world’s third-largest sales market for new vehicles after China and the USA by 2020. The investments include the expansion of existing production facilities as well as new buildings and a completely new presence in the Indian automotive sector.

Nissan, part of the Renault-Nissan-Mitsubishi alliance, plans to double its existing investments to $2.5 billion over the next five years and aims to increase its market share to five percent by 2022. The Chennai plant’s capacity is expected to grow to 400,000 units over the next few years and eight new vehicle models will launch on the Indian market by 2021. As early as December 2018, Nissan opened its world’s first so-called digital development hub at the Technology Park in Trivandrum. 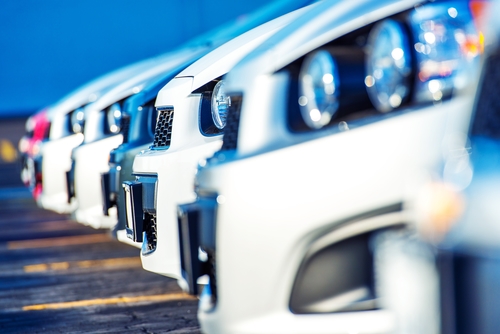 Toyota is investing $165 million in new engine plants and other concrete development projects in India. One billion US dollars will flow from the South Korean car manufacturer Hyundai to the subcontinent by 2020. In February 2019, around USD 1 million was also invested in a new electric vehicle division based in the state of Tamil Nadu. The state-owned Chinese automotive group SAIC has announced investments of 310 million US dollars in India, with business activities scheduled to begin in 2019. In March 2018, SAIC announced through its subsidiary MG Motor India that it would invest USD 775 million over the next six years.

Mercedes-Benz is already the largest luxury car manufacturer and plans to expand the capacity of its Chakan plant to 20,000 units. In addition, two new service centers were opened in New Delhi in March 2019. In the state of Maharashtra, 244 million US dollars are being invested in the expansion of the Chakan plant in the Pune district in cooperation with the state authority for industry and economic development. There is a special economic zone that has developed into a center of the automotive industry. Numerous international manufacturers, including the Volkswagen Group, Hyundai and Indian companies have settled there.

The Japanese Honda Motor Company is planning a third plant in India for the production of hybrid and electric vehicles and is investing their highest sum of 1.31 billion in the country to date. The two-wheeler manufacturer Kinetic and its superbike division, Motoroyale, have plans to build a plant in Supa in the state of Maharashtra for 1.71 million US dollars. Kinetic is also the local distributor for MV Agusta two-wheelers. The export of cars and car parts in many cases requires mandatory India certification according to the Automotive Industry Standard (AIS). We will be happy to provide you with comprehensive advice on AIS certification for India.