A Toyota company spokesman said that the number of vehicles produced at the Guangzhou and Tianjin plants should increase by 120,000 vehicles per year. This is part of a long-term strategy of the Japanese carmaker to increase sales in China at the beginning of 2020 to up to 2 million vehicles per year. That would be an increase of over 50 percent compared to the current figures of around 1.16 million vehicles. Vehicles sold in China are subject to mandatory CCC certification.

In addition, Toyota wants to market its technologies for electric and hybrid vehicles in China in the future. Currently, the Tianjin plant and the Chinese joint venture partner FAW are mainly producing the Corolla and Vios models. As part of the expansion and modernization, 10,000 fully electric and 110,000 plug-in-hydrid vehicles are to be produced annually in this plant. For the long-awaited Toyota compact SUV C-HR two versions have been developed specifically for the Chinese market. One will be marketed under the name Ioza by the joint venture Guangzhou-Toyota, while a fully electric model will be released in the course of 2020. In the compact SUV segment, Honda is Toyota’s strongest competitor in the Chinese market. Its new model CR-V and other vehicles brought it together to 1.44 million units sold last year compared with 1.16 million from Toyota. 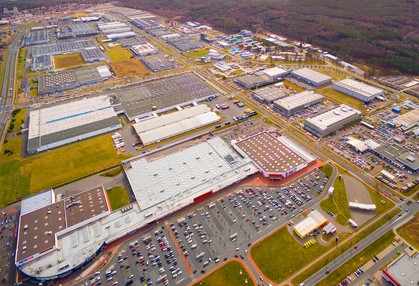 It has also been announced by unknown sources that Toyota is also planning to build one or two more new plants in the corridor between the two coastal cities of Guangzhou and Tianjin. This reorientation of local production and stronger focus on the Chinese market is also related to the current trade dispute between the US and China. For example, the import duty in China has been increased to 40 percent for vehicles produced in the US, while Toyota only has to charge 15 percent for Japanese vehicles. This will benefit, among other things, the models of the Toyota premium brand Lexus, which can boast good sales in China. Vehicles and components imported into China must be CCC certified.

You can also check out our free CCC-Brochure, which can be downloaded right here as a PDF file or you consult our book (in English) “A Brief Guide to CCC: China Compulsory Certification”, which can be found directly hier  on Amazon.