Chinese automobile manufacturers have tried several times to market vehicles outside their home country. While there has been little success in Southeast Asia and Africa, these projects have so far failed in established markets such as the USA and Europe. Now Aiways, a Shanghai-based start-up company, is trying again with its flagship U5. The four-year-old company wants to offer its vehicle in Germany, France, Switzerland, Norway and the Netherlands from spring 2019. This would make the Aiways U5 the first electric vehicle produced in China on the European market. 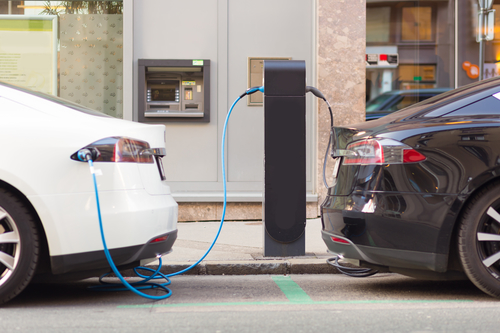 The company’s strategy is to bypass traditional sales channels such as dealers and offer the vehicle directly to customers in online sales and leasing. “This could reduce costs and compete with conventional cars,” said Alexander Klose, Vice Chairman Foreign Business affairs. The price of the U5 is expected to be less than 40,000 euros and may be offered via the German Leasing-Startup Vehiculum.

However, Aiways ambitious plans for the market launch could be delayed by regulations and approvals. Only recently, the company received a license for the production of vehicles and is working together with the Chinese manufacturer Jiangling Motors for series production. The U5 will then be available on the domestic market from September, only 8 months before the planned launch in Europe, which has different safety standards. Despite a good mood in the Chinese automotive industry, in 2018 the country exported only 2 percent of its total production or the equivalent of 760.00 cars in figures. The industry is hoping to gain a foothold in foreign markets, especially with electric vehicles, because after a slight decline in sales figures for conventional vehicles, electric vehicles have continued to grow. In addition, against the background of the ongoing trade dispute between China and the USA, Europe appears to be an attractive market for exports of vehicles “Made in China”. Do you want to benefit from the growth in the electric vehicle segment and export your products to China? You need the obligatory China Compulsory Certification (CCC), for which we will be happy to advise you.