The Chinese automotive supplier Ningbo Jifeng is now the sole major shareholder of the traditional manufacturer of car seats in Amberg, Bavaria. The components produced in Germany must comply with the CCC China guidelines for export to China. Already in August, the Chinese bought in 74 percent of the shares and now increased this share to 84 percent. Ningbo has responded to Grammer’s management request to squeeze out Bosnian major shareholder Hastor, who had put pressure on questionable contracts and business practices in previous years. After the takeover Grammer is to remain listed unchanged on the Frankfurt Stock Exchange. The German government and cartel authorities have already approved the takeover.

By working with Ningbo, the Asian and, in particular, the Chinese market has been better developed. This is already reflected in Grammer’s corporate figures in the first half of the year. Although there was a decline in the car division, sales of commercial vehicles division rose sharply. Sales increased by 2 percent to 928 million, earnings after taxes grew by 25 percent to 25 million euros. 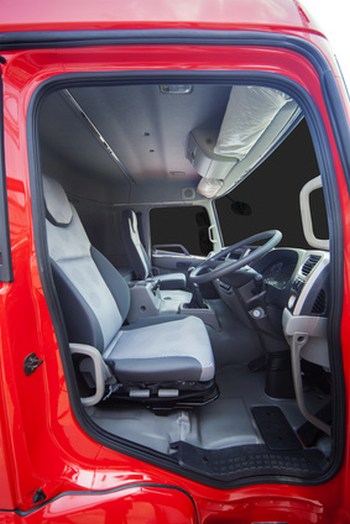 The positive corporate figures are mainly attributable to the profit from the production of seats for commercial vehicles such as construction machinery, trucks, forklifts and agricultural machinery. In the automotive sector, demand was slowed down by several model changes in North America. The Commercial Vehicles division, and in particular the production of seats, is highly profitable at Grammer. While center consoles and head restraints for passenger cars account for about two-thirds of revenue and half the operating profit, commercial vehicles account for 15 percent of revenue but 44 percent profit. The margin for commercial vehicle seats is over 10 percent and is approximately three times higher than the margin for automobiles. Many components of Grammer need the China CCC certification (China Compulsory Certificate).