The car market in India recorded record growth in 2018

2017 was already a good year for Indian automakers, with a double-digit increase, and a similar growth was predicted for 2018, which has now arrived. A total of around 3.39 million vehicles were sold, corresponding to an increase of 5.3 percent or 170,000 units. Maruti Suzuki again and far ahead of all other manufacturers secured the top position with 1.7 million vehicles and dominated with a massive market share of around 50 percent. As of all license manufacturers (OEM), Tata Motors was able to grow the most. Numerous new product introductions and the positive effects of the Tata 2.0 initiative of the now dismissed CEO Cyrus Mistry brought growth of 25 percent for the second year in a row.

The second strongest brand is the Fiat subsidiary Jeep. The FCA Group relies exclusively on the SUVs of Jeep in India and plans to present at least one, possibly even two new launches. Ford was able to halt its downward trend and grow by 11 percent. The introduction of the new Ecosport and the Freestyle model attracted new buyers. The recently announced collaboration with Mahindra is expected to provide more momentum, but experts say it will take at least another two years for joint developments to be presented. 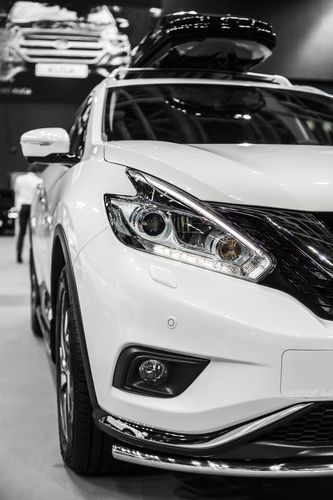 In addition to passenger cars, other segments also increased in the double-digit range. The outside India largely unknown Hero MotoCorp, the country’s largest two-wheeler manufacturer, grew by 11.4 percent and sold a total of 7.8 million units. In second place follows with Honda a well-known manufacturer, while the next three following places with TVS engine, Bajaj car and Royal Enfield are again from India. In terms of commercial vehicles, the number of vehicles sold exceeded 1 million in 2018 for the first time. Here Tata Motors leads the sales figures with 448,000 units and a growth of about 30 percent.

In the luxury vehicles segment the German manufacturers clearly lead, the market grew by 3.5 percent overall. With a share of almost 40 percent, Mercedes is the market leader, followed by BMW and Audi. However, the Ingolstadt-based company had to record a sharp decline of 18 percent when one of the main dealers in the wealthy region of Delhi, Gurgaon and Noida, had to close. However, most companies and investors are confident about the future of the Indian automotive market.
Benefit from the growth in India. The export of products there, especially cars and car parts, in many cases requires a mandatory India certification according to the Automotive Industry Standard (AIS). We advise you gladly and comprehensively with the AIS certification for India.