Tata Motors’ shares lost 30 percent on Friday, February 8, after announcing $3.8 billion loss in the previous quarter and the largest ever loss in the Indian economy, due solely to the bad business of the subsidiary and brand Jaguar Land Rover. The British carmaker accounts for the largest share of Tata’s $11 billion in revenue. The financial damage to Tata was around $4 billion, while the value of Jaguar Land Rover dropped to $7.8 billion. Tata Motors took over the traditional British manufacturer from Ford for $2.3 billion in 2008. The Indian company’s core business generated a profit of around $87 million in the last quarter of 2018, selling off half a million vehicles last year. 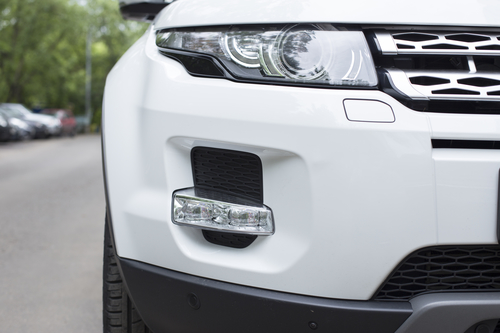 Jaguar Land Rover is under tremendous pressure on several fronts. Sales in China, the world’s largest car market, fell 40 percent in January compared to the previous year. The Chinese automobile market was hit hardest by the ongoing US trade dispute. For the first time in two decades this caused declining sales of new cars. CEO Ralf Speth announced that he would work more closely with the Chinese car dealers to respond to the changed market situation. Nevertheless, the business results are influenced by the adverse circumstances in China, Speth said.

In its home country Britain Jaguar Land Rover is feeling the collapse of the diesel vehicle market as a result of the Volkswagen diesel scandal. There are also declines in sales and investment due to the unclear conditions of Britain’s exit from the European Union, which accounts for more than 50 percent of English vehicle exports. The kingdom’s auto industry warned of devastating and lasting repercussions last week if the UK left the EU on 29 March without prior trade agreements. Production at Jaguar Land Rover declined by 16 percent respectively around 450,000 vehicles last year. As part of a $3.2 billion austerity program, more than 6,000 jobs had to be cut and 1,000 English employees switched to short-time working on a 3-day week. However, it should not be forgotten that the Indian auto market is currently the largest global market after China, with growth of 5.3 per cent and around 3.4 million vehicles sold in 2017. Benefit from the growth in India. The export of products there, especially cars and car parts, in many cases requires a mandatory India certification to the Automotive Industry Standard (AIS). We advise you gladly and comprehensively with the AIS certification for India.