According to the Chinese Automobile Manufacturers Association, monthly sales of new vehicles in September 2019 fell by 6.3 percent year-on-year to the equivalent of 1.931 million units. During the period from January to September 2019, sales also fell by 11.7 percent to 15.2 million units. This was due to the ongoing trade dispute between the USA and China and a slowdown in the domestic economy. Sales of SUVs, which are currently enjoying high global demand, declined by 9.3 percent in China, contrary to the trend.

For Hyundai and its subsidiary Kia, this development also means a decline in sales figures in China. By the end of September 2019, Hyundai had sold 451,000 vehicles, a decrease of 19.6 percent compared to the same period last year, and Kia also recorded a drop of 17.3 percent. However, premium brands such as BMW, Mercedes-Benz, Audi and Lexus recorded an enormous increase. For example, Lexus, Toyota’s luxury brand, reported an increase of 22.8 percent in sales figures for the first nine months of 2019, while Mercedes-Benz recorded an increase of 11 percent. 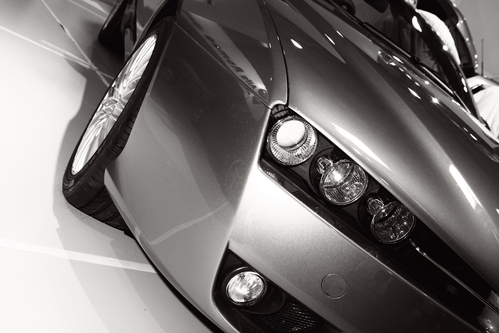 Hyundai therefore plans to present its Genesis brand first on the Chinese market and later in Europe over the next few months. According to analysts, the competitive situation on the Chinese market for luxury vehicles is already difficult, so Genesis’ entry would be “all the sooner – all the better”. Genesis vehicles are currently being sold in South Korea, Canada, Russia, the Middle East and the USA. In addition to the geographic expansion to China and Europe, Genesis also wants to expand its model range. Currently there are only three limousines available, the G70, G80 and G90. The development of SUVs is therefore imperative, in the course of this year the first model, the luxury SUV Genesis GV80 will be launched. It competes with vehicles such as the Mercedes Benz GLE, BMW X5, Audi Q7, Volvo XC90 and Lexus RX350. Next year, Genesis is also planning another, smaller SUV model based on the G70 sedan, the GV70, which is to compete with BMW X3 and the like.

Numerous renowned automobile manufacturers are active in China or import components from abroad. Would you like to sell on the Chinese market? Then you have to have your products certified according to the CCC guidelines. We will be happy to advise you on the mandatory China Compulsory Certification (CCC).