Hyundai Motors and Kia Motors announced in a statement on 19 March 2019 that they would invest $300 million in Ola, India’s leading mobility services provider and taxi hailing service, and its expansion of its electric taxi fleet. The two companies aim to reach the app-based taxi services market and increase their sales of electric vehicles. Last August, Hyundai had already invested $15 million in the newly formed Indian car rental company Revv.

Hyundai and Kia’s collaboration with Ola focuses on the development and production of electric vehicles specifically for the Indian market, the development of the necessary infrastructure and new services based on electric vehicles. According to experts, taxis are the first step and will have a major impact on the acceptance and introduction of electric vehicles in India. In recent years, General Motor, Ford and Toyota have already invested in mobility service providers such as Uber and Lyft. Toyota also made its first investment in the Indian start-up market last year to finance the launch of the used car portal Droom. In February, the Indian company Mahindra launched its own taxi service Glyd, which is operated exclusively with its own manufactured electric vehicles. 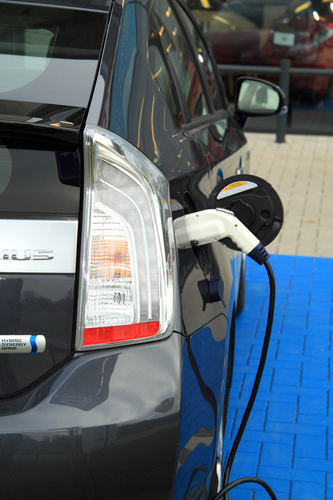 These steps reflect a certain sense of optimism in the Indian automotive market. After a slight increase in sales figures of 5 percent to 33.9 million vehicles in 2018, the situation has not improved this year. India’s largest automaker, Maruti Suzuki, which has a 50 percent share of the passenger car market, increased its sales by only 1.1 percent in January. For Ola, the South Korean investment is a life-saving measure for a failed introduction of electric taxis two years ago. Taxi drivers queued at too few charging stations and due to the high cost of an electric car, tricycles costing only a fifth were ultimately used. Working with car manufacturers Hyundai and Kia can help Ola reduce costs by using their internal development and maintenance to implement plans to introduce electric vehicles. Would you also like to export your products to India and benefit from the growth of the automotive market? In many cases, cars and car parts require mandatory India certification according to the Automotive Industry Standard (AIS). We will be happy to provide you with comprehensive advice on AIS certification for India.