According to the AQSIQ (General Administration of Quality Supervision, Inspection and Quarantine), BMW (China) Automotive Trading Co., Ltd. has been recalling several BMW 3 and X5 series vehicles since March 6, 2017.

In the case of the affected vehicles, incorrect airbags were installed in the course of after-sales replacements. According to the authority when the airbag is triggered parts of the metal filter might come lose during to the ignition of the propellant which can lead to injuries of the occupants and/or may adversely affect the function of the airbag.

According to the car manufacturer, airbags used in the seats are not affected by the recall. 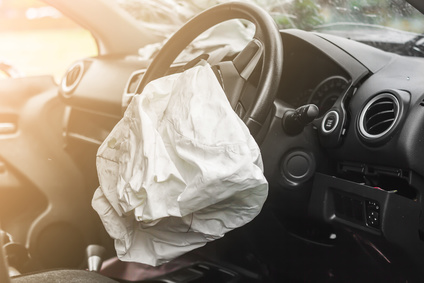 The purpose of the metal filter in an airbag is to block any solid particles that are released during the ignition of the propellant and to prevent them from damaging the airbag itself and/or causing injuries for the passengers.

Owner of the affected vehicles are asked to get the airbags replaced at their dealer as soon as possible. Remaining Airbags will be replaced during the regular maintenance checks. All repair and exchange costs will be covered by BMW China.

For more information about CCC in general, the process and the associated costs, please visit our website and our News Section where you will find current updates twice a week.

You can also check out our free CCC-Brochure, which can be downloaded right here as a PDF file or you consult our English textbook “A Brief Guide to CCC: China Compulsory Certification”, which can be found directly here on Amazon.