Evergrande will build electric cars on a large scale

Last year, Evergrande New Energy Automobile Group signed strategic agreements with well-known names in the automotive industry. These include the German automotive engineering company FEV Group, EDAG, IAV Group as well as AVL from Austria and Magna from Canada. Among others, the well-known Italian design office Pininfarina is involved in the design of the new electric vehicles that are to debut under the Hengchi brand. The previous partners of Evergrande’s automotive subsidiary are also of interest: with the German manufacturer Hofer, they are developing drive trains for electric vehicles, Evergrande has acquired a license from the supplier Benteler for their “Electric Drive Systems” module, and in 2019, the Evergrande Group took over 51 percent of the shares from NEVS (National Electric Vehicles Sweden). NEVS, in turn, bought the insolvent Swedish car manufacturer Saab in 2012, including the plants, patents and their technology. 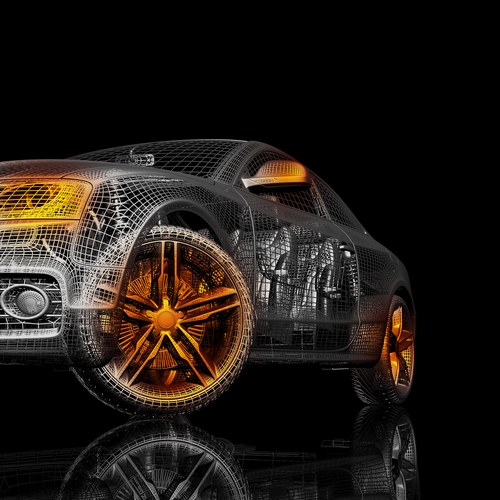 Evergrande has also already launched electric vehicles on the Chinese market. In June 2019, NEVS presented the NEVS 9-3, a pure electric car based on the Swedish Saab PhoniX-E platform and with further technology from Saab. Basically, NEVS had already completed the research and development of the 9-3 model before the acquisition of Evergrande, the vehicle is only marketed by Evergrande. Previously, Evergrande had already produced electric cars in small series, the NEVS 9-3 is the first model to be mass-produced. Through shareholdings, takeovers and agreements with manufacturers of vehicle parts, batteries, drive trains and charging stations, Evergrande has become a fully fledged car manufacturer. They have announced to invest 280 billion yuan (40 billion US dollars) in the construction of two plants in Nansha and Shenyang for the production of electric cars. The first electric car developed by Evergrande themselves, Hengchi 1, is to be presented in the first half of 2020 and series production is to start in 2021.

Under the new agreement with its automotive partners, Evergrande plans to develop 15 new luxury and mid-range models. The ambitious goal of the real estate group is to become the world’s largest electric car company within the next three to five years and to produce and sell around five million vehicles within the next ten years. For this project, 8,000 additional experts and specialists are to be hired in addition to the existing workforce. Xu Jiayin, Evergrande Group’s CEO, is confident that China will soon become a world leader in alternative drive vehicles. Your company is active in the automotive or electronics sector and you would like to export your products to China or produce locally? Then in most cases you will need a so-called CCC certificate. The CCC (China Compulsory Certificate) corresponds to the European CE system and is used for product safety and standardization of product quality. We will be happy to advise you on the certification process and carry it out for you.