The engine and tractor manufacturer Deutz is trying to gain a foothold in China with two new partnerships. It is currently in the process of divesting itself of the shares of the joint venture Deutz Dalian, which was founded in 2007, and selling the shares to the former Chinese partner FAW. As one of the new partners in China, the tractor manufacturer YTO was named. YTO is China’s largest tractor manufacturer and could need around 100,000 engines a year from Deutz. The second company involved is engaged in the production of engines for excavators and tractors, but a specific name has not yet been mentioned.

In the first week of June, Deutz announced its quarterly figures. The sale of the company shares is expected to earn around ten million euros. Depreciation on the joint venture, on the other hand, will burden the result of the first half of the year with approx. 14 million euros. For the current year, CEO Hiller expects a return on sales of 4.5 percent, an increase on the previous year with 2.9 percent.

For Deutz, the investment means opportunities to gain leverage globally and in China, the world’s largest engine market. It is hoped that the share of sales in Asia will triple with ten percent at present, according to chief executive Frank Hiller. Furthermore, in addition to the cooperation with the two partners they want to serve other customers as well. That is why Deutz is planning to set up its own production site in China.

Special opportunities in the Chinese market arise for Deutz and its new partner companies in the field of clean diesel engines for vehicles in the construction industry and agriculture. For these so-called off-highway applications, the introduction of the China 4 emission level was recently brought forward to 2020 by the government. Since Deutz already has the necessary technology, it expects rising market shares and promising opportunities for cooperation with Chinese vehicle and engine manufacturers.

Commercial vehicles such tractors and construction machinery often require a CCC certification in the Chinese market. 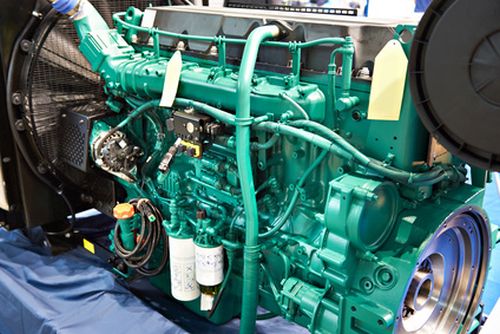