Only a few months after the release of a prototype and a design study, Chinese electric car startup Byton last week unveiled its new K-Byte model to the public. The sedan was presented in the run-up to the CES Asia show, the SUV and crossover M-Byte already celebrated its premiere at the CES in Las Vegas in January. The basic version of the first model has a 71-kilowatt motor, sufficient battery power for 400 km, and will cost approximately $ 45,000.

The new K-Byte will be equipped with level 4 driver assistance systems, which means largely autonomous driving. The vehicle can move alone on the road to a great extent, the driver only has to intervene in certain situations. The autonomous driving technology comes from Aurora Innovation, which was founded by the former CEO of Google’s self-driving car division, Waymo. Currently only self-driving level 2 cars are allowed in the US. Also, the vehicles of Tesla are in this category. However, they will soon have completed the development to level 3 and 4, assured Tesla chairman Elon Musk.

The young company Byton has ambitious plans. The SUV and crossover M-Byte should have its market introduction at the end of the year 2019, the K-Byte follows in 2021. A third vehicle as a minivan is already in planning. As part of the K-Byte premiere, Byton also announced that it had raised $ 500 million in funds. The money comes mainly from the Chinese automaker FAW and the battery manufacturer Contemporary Amperex Technology (CATL). FAW is involved in a joint venture with Volkswagen, while CATL is the world’s leading manufacturer of batteries for electric cars. Byton recently opened its corporate headquarters in Nanjing and already owns a research and development center in Silicon Valley, USA and a design center in Germany. 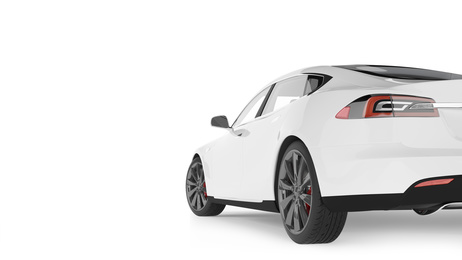 Electric vehicles as well as vehicles with combustion engine need a CCC certification in order to be sold on the Chinese market.