The Chinese Ministry of Industry and Information Technology (MIIT) has convicted seven manufacturers of alternatively driven vehicles of subsidy fraud. This sent a clear message that these practices are not tolerated.

The penalties imposed by the Ministry include that the seven car makers have been temporarily taken off of an official catalog of recommended vehicle manufacturers who are eligible for subsidies. They have two months to remedy the existing problems and come into compliance. If they comply the authorities will re-assess their entitlement. Since 2009, China has been offering subsidies for the production and distribution of electric cars, plug-in hybrids and fuel-cell cars. By the end of 2015, a total of 33.4 billion yuan (4.81 billion US dollars) of subsidies were given.

Since 2009 the requirements for car manufacturers have been increased to receive subsidies. In addition, it was stipulated that subsidies of local governments should not exceed 50 percent of the central government. Subsidies are to be phased out by the end of 2020. 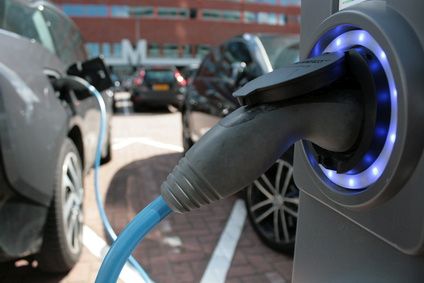 A total of 517,000 alternatively driven vehicles were sold in 2016 in China. This represents an increase of 53 percent compared to the previous year. A similar growth rate is expected for 2017.China has been the world’s largest market for such vehicles since 2015.

The German automotive manufacturers also contributed to the increase. Volkswagen has announced that it will present approximately ten electric cars on the Chinese market over the next ten years. Daimler, which presented its electric concept car EQ in November 2016, has announced that the share of new vehicles in their global product line will be between 15 and 25 percent by 2025.

The enormous growth rates in this area have a huge potential.

As a result, the certification of alternatively driven vehicles such as electric cars and hybrid vehicles and vehicle components is becoming increasingly important for automotive manufacturers and automotive suppliers.

For more information regarding CCC certification, the certification process as well as the associated costs, please visit our website.

For detailed information, please download our free booklet “CCC Made Easy” here. You may also consider our book “A Brief Guide to CCC: China Compulsory Certification,” which can be ordered directly on Amazon here.