One of these new cities, designed from the scratch, is the Shunde New Energy Vehicle Town near Foshan, the industrial center of southern China. According to the local government, the planned center for the development and production of electric vehicles will generate 15 billion US dollars in revenues for the city administration. In addition to Shunde, China is planning at least 20 other cities geared to electric vehicles, modelled on Detroit in the USA or Wolfsburg in Germany. Chinese President Xi Jinping calls on the 500 leading electric vehicle manufacturers to establish a self-sufficient supplier industry in order to become less dependent on foreign companies or exports. One of the reasons is probably also the continuing and increasingly intensifying trade dispute between the USA and China.

The strategy to create these new cities is based on two pillars. On the one hand, the central government promotes the development of infrastructure with direct investments totalling 30 billion US dollars; on the other hand, the city administrations offer potential investors cheap land, tax advantages and housing for the workers in the hope of locating car manufacturers, suppliers and research institutions. “A successful electric vehicle manufacturer will bring at least another 200 companies from its supply chain into the new environment,” said He Xiaopeng, chairman of an electric car startup funded by Internet giant Alibaba and Taiwan’s Foxconn Group. “No local municipality can afford to fail to attract this new industry.“ 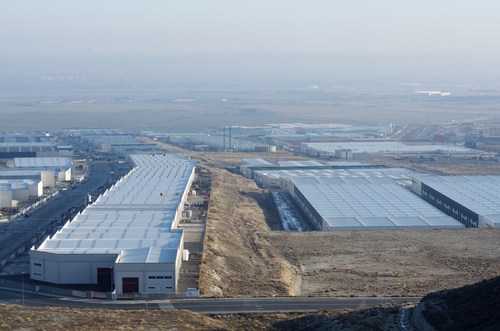 In order to find sufficient buyers for the electric vehicles produced, China subsidized their sale with 36.5 billion US dollars between 2009 and 2017. The calculation seems to work out, the country currently accounts for half of all electric vehicles sold worldwide. Nevertheless, measured by the total annual sales of new vehicles in China, electric cars account for only five percent. In addition, the mood in the Chinese automotive industry is falling with declining sales figures and a certain reluctance on the part of customers to buy a new car. And the government is also gradually cutting back subsidies in line with the slogan “innovation instead of mass production”. This is precisely where foreign know-how could boost development, at least temporarily. This is because numerous automobile manufacturers in China import components from abroad. Are you active in the automotive sector and want to sell on the Chinese market? We will be happy to advise you on the China Compulsory Certification (CCC) that is obligatory.