The rapid expansion of Volkswagen’s new ID series of electric vehicles continues with the introduction of two SUV-based models. However, these vehicles will be offered exclusively in China. The country plays an important role in Volkswagen’s goal to sell one million vehicles of the electric ID models by 2023. The responsible manager for China, Stephan Wöllenstein, further said that China is the driving force behind the electric vehicle model offensive, which began with the introduction of the ID3 compact sedan at the IAA Frankfurt. In fact, the success of Volkswagen’s immense investment in electric vehicles depends heavily on China and poses enormous challenges to the company.

Half of the 6.2 million vehicles sold annually by Volkswagen are in China, where the government is promoting electric vehicles through extensive subsidy programs. As a result, China has become the world’s largest sales market with a volume of 1.2 million electric cars. Subsidies have created hundreds of new start-up companies and a reorientation of established companies such as BYD, which produces more electric cars than any other manufacturer. The Volkswagen Group plans to sell a total of 22 million electric vehicles by 2028, half of them in China. This includes electric variants of existing series, followed by various ID models based on the Group’s own electric car platform MEB. 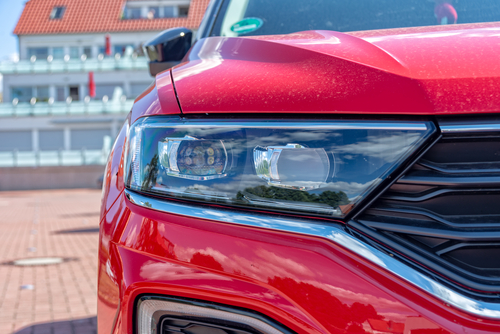 As for some VW series in the past, the ID models will be distributed in China by the Beijing-based company’s own import department and by three joint ventures, FAW-, SAIC- and the new JAC-Volkswagen. All three companies are currently building plants exclusively for the production of vehicles based on the MEB platform. The FAW and SAIC production sites will open next year and each have an annual capacity of 300,000 vehicles, with each company launching its own models. According to Wöllenstein, responsible for VW China, further measures are also being considered to increase capacity and satisfy the strong demand on the Chinese market. Wöllenstein went on to say that according to the preferences of customers in China, the company would first offer locally adapted and produced SUV variants of the ID 4 SUV and ID Roomzz from the ID series that gave the car its name. The sedan and the compact ID 3 will be available at a later date. Volkswagen is positively opposed to its electric vehicle offensive and sees it as a challenge to its competitors, even though its own sales figures will fluctuate. Wöllenstein added: “Particularly in difficult economic times, customers rely on a safe choice and Volkswagen has long been known in China as a safe brand. Choose the Chinese market, too. It remains a very attractive market for automotive suppliers. For the export of products, they need the obligatory China Compulsory Certification (CCC), for which we are happy to advise them.