CCC: In 2014 P. R. China will hold the position as top trading nation

For many years it was clear that the People’s Republic of China would become the top trading nation, and in 2013 the P. R. China reached this position which was formerly held by the United States. Their position will be strengthened by a continuing, fast growing foreign trade volume in 2014.

According to Germany Trade and Invest (GTAI), in May 2014 China’s exports regained ground and increased up to 7%, after exports had fallen in the first quarter of 2014 by 3.4% ($ 491.3 billion). Additionally, according to a forecast by the Union Bank of Switzerland (UBS), the expected annual growth of exports is projected at nearly 10%.

Similar growth trends are evident throughout each individual industry sector of the economy.
In the Chinese information and communication industry, the current 5 year plan is to modernize and expand the telecommunications, broadband and internet technology infrastructure with 3.2 Mill. RMB (GTAI), to meet the growing demands.

According to a statement from the Ministry of Industry and Information Technology (MIIT), the Chinese electrical and electronics industry grew by 10.9% in 2013 due to growing foreign demand. This growth trend is expected to continue in 2014.

The demand for medical technology in the P. R. China has shown rapid growth and is estimated to reach an annual growth rate of at least 20%. 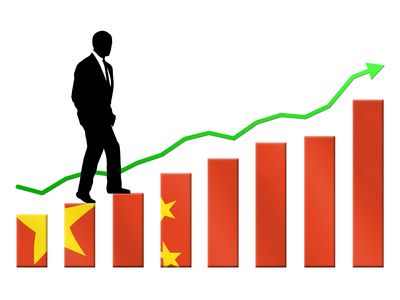 As for the machinery and plant engineering, GTAI also predicts a growth rate of 7% in 2014. It appears however, that Chinese manufacturers take over the market for themselves what makes it increasingly difficult for foreign manufacturers to export machines to China. The demand for specialized machines, high-quality machinery and plant engineering remains solid, since the quality of the products and environmentally friendly production in the P. R. China is becoming increasingly important.

If you have any questions regarding the import of your products to China or you require more information on the required certification(s) for China, please feel free to call or email us. China Certification is always happy to help.

Information about the CCC-certification, CEL-certification or the CFDA-approval can be found on our website. More detailed information is available in our free brochures “CCC Made Easy”, “CEL-The Booklet” or “CFDA China – The Booklet”,
which can be downloaded as PDF files. If you are interested in learning more about the entire certification process, we recommend our book “A Brief Guide to CCC: China Compulsory Certification”, which can be ordered directly on Amazon here.