BMW has signed a long-term contract with Chinese battery supplier CATL. The long-term contract for a total of 1.5 billion euros includes the delivery of battery cells from a new CATL factory in Erfurt. Well-known German car manufacturers, including Volkswagen and BMW as well as suppliers Bosch, had long been discussing the economic viability of such a new production facility for lithium-ion batteries. Now the Chinese company CATL (Contemporary Amperex Technology) came before them and plans to build a factory for batteries near Erfurt.

The German automaker BMW announced last week that it had already placed an order for the production of batteries by CATL. The order volume amounts to several billion euros and the production of the batteries was supposed to take place near the BMW plant in the south of Germany. 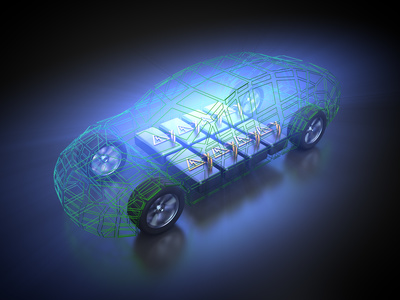 One of the reasons for the local production of battery cells is the relatively high weight, which makes the transport expensive and the classification as dangerous goods, which makes the just-in-time logistics by air freight impossible. To date, only manufacturers from South Korea have established themselves for the production of battery cells in Europe. LG Chem operates a plant in Poland, Samsung one in Hungary. These plants mainly supply the customers Volkswagen and Audi.

Now CATL announced that it would build its first factory in an industrial area close to a highway near Erfurt. The decision in favor of Erfurt was due to the central location and convenient transport links and the Erfurt-based Fraunhofer Institute. The official presentation of the plans is scheduled for the German-Chinese intergovernmental negotiations next week. It would be the first Chinese investment in battery cell production in Europe.

According to CATL, there is sufficient demand for batteries in the German and European markets. In addition to the supply contract with BMW, Daimler is also showing interest in the products from the future production of CATL. It is also possible that BMW and Daimler could jointly conclude a supply contract on more favorable terms.

Electronic vehicles need to obtain a CCC certificate in order to be sold on the Chinese market.