Tesla is investing billions in a new plant in Shanghai

In the first week of January, Tesla CEO Elon Musk laid the foundation for the first production facility outside of the United States near Shanghai. The investment will be just over 50 billion yuan and it will create the company’s most advanced gigafactory, Musk told Xinhua News Agency at the opening ceremony. With good local resources, the plant can be built in record time and start producing the Model 3 by the end of the year. In addition to the established entry-level model, the planned crossover SUV Model Y will also be manufactured in Shanghai. 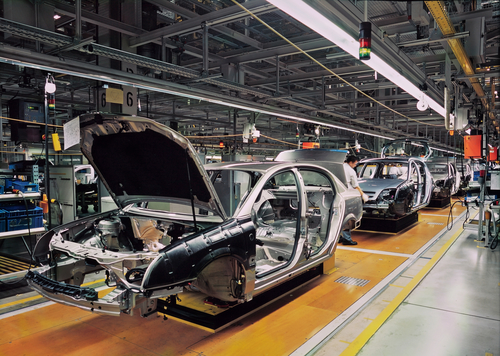 One of the main reasons for settling in China is the cost advantage of eliminating import duties. Thus, the Model 3, which currently costs more than 500,000 yuan in China, can be offered 20 percent cheaper. Moreover, they are also independent of the outcome of the ongoing trade war between the US and China and the associated import or punitive tariffs. The Tesla plant is the largest foreign investment project so far for the Shanghai region and the Lingang industrial park. Novelty is also that Tesla is the first company to benefit from the new rules for foreign carmakers. Recently, the Chinese government has eased restrictions on the involvement of Chinese joint venture partners. So far, at least 50 percent of the shares had to be hold by a Chinese partner, this regulation has now been phased out, from 2018 for electric vehicles, 2020 for commercial vehicles and 2022 for cars with conventional drives.

Tesla purposely calls its production sites “Gigafactories” because all manufacturing steps of electric vehicles take place there. Both, the cars are assembled and the batteries for the electric drive are produced. To date, two of these factories exist in the US and are supplemented by the original Tesla factory in Fremont, California. However, these plants also produce photovoltaic panels and charging stations, and the final stages of assembling the vehicles are completed at the Fremont plant. In the new factory in China, a Tesla automobile is to be completely assembled under one roof for the first time.

Car manufacturers in China also process components from abroad. Are you in the automotive industry and you want to export your products to China? We are glad to advise you in the context of the mandatory China Compulsory Certification (CCC China Certification).