With the “Made in China 2025” strategic plan from 2015, China is trying to upgrade its own economy. According to this plan 70% of the share of core materials should be manufactured directly in China by 2025. This mainly affects high-tech areas including the pharmaceutical industry, which has so far largely been dominated by foreign companies. 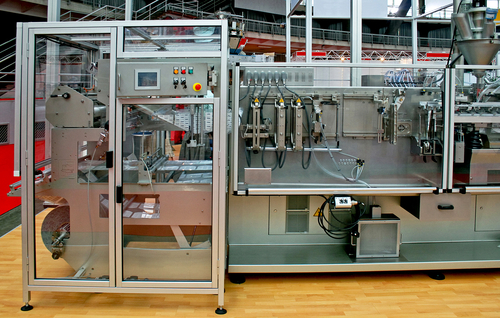 In order to achieve its goals China is predominantly asking for new machine and plant technologies. The trade in used machines has only recently started to play an increasing role. Previously, the import of used machines was not desired and was therefore associated with high administrative and financial expenses.

Since 2015 China has also opened up to this possibility and improved the general conditions to facilitate the import of used machines. Since then, it has been possible to import machines after a CCIC pre-shipment inspection for 15 categories of machines and systems. Customs tariff numbers can be used to check whether it is possible to import a used machine with a pre-shipment inspection and, if so, what the conditions are.

The business outlook for used machine sellers remains good. Recently, demand in China also rose due to the recovery in the construction industry, but also because no professional used machine trade has yet been able to establish itself.

If you would also like to export a used machine to China, you will find information on pre-shipment inspection on our website.