India could reach a high proportion of electric vehicles by 2030

The so-called FAME II programme in India appears to have had its first positive effects on the penetration of the automotive market by electrically powered vehicles. According to a report by the Indian NITI and the Rocky Mountain Institute, it is possible that around 80 percent of two-wheelers and 30 percent of passenger cars will be powered electrically by 2030. The report puts concrete oil and CO2 savings through the FAME II programme at 5.4 million tonnes oil and 864 million tonnes of CO2 could be saved over the life of all electric vehicles. In addition to private transport, 70 percent of commercial vehicles and 40 percent of buses will also be equipped with electric drives. In the case of buses, these could cover 3.8 billion kilometers electrically and without direct emissions. 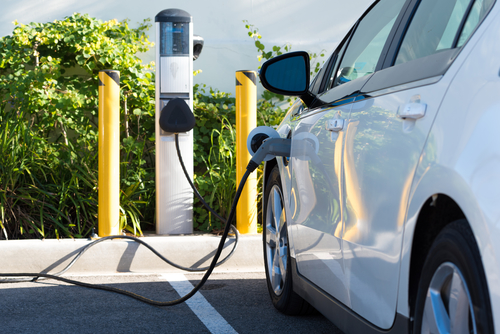 The FAME II programme was decided by the Indian Union in February 2019 and is intended to accelerate India’s transition to environmentally friendly and clean mobility. The electrification of the transport sector is to play the main role, according to a government statement. The support programme is aimed at accelerating the development of electric vehicles, increasing and stabilising economic growth and ensuring the global competitiveness of the Indian automotive industry. The government-related organisation NITI is also calling for cooperation between various ministries to put together a series of measures in the field of electromobility. Among other things, tolls for combustion engines, favorable loans for electric vehicles and separate lanes, areas or parking spaces exclusively for electrically powered vehicles are proposed. The report also mentions the promotion of the production of electric vehicles and batteries through tax benefits and other measures. Would you also like to export your products to India? Electric vehicle and automotive products must comply with the Indian Automotive Industry Standard (AIS) and undergo an India certification (AIS certification). We will be happy to advise you.