For the first time, a Chinese brand vehicle will be manufactured and sold in Europe, with further planned expansion into the US. Behind this project is the billionaire Li Shufu and his Geely Group. Founded as a manufacturer of refrigerators in the 1980s, he has continually created a Chinese auto empire through acquisitions. Volvo, Lotus and London Black Cabs are now part of the group and they are one of the largest single shareholders at Daimler. Li is the leader of China’s ambitions to secure a place among the three major nations in the global auto industry – the US, Germany and Japan. He is not alone: at least four Chinese automakers and startups intend to sell their vehicles in the US next year.

The auto industry is facing another shift after China recently announced its intention to phasing out its 50 percent cap on foreign investor participation in Chinese automakers. This could benefit both Volkswagen and Ford, which already own production facilities and joint ventures in China, as well as Tesla, which had long been planning to set up a stand-alone location in China.

When products and cars from China were initially ridiculed as cheap and unreliable copies, a notable change has taken place. So are three of the top five smartphone manufacturers from China. It will probably take some time before the local car buyers will accept a Chinese vehicle as fully fledged, especially with regard to customer loyalty to traditional brands such as Audi in Germany or Ford in the USA. Meanwhile, Chinese automakers are aiming to compete with Japanese and Korean models. International trade policy, and especially the trade dispute between the US and China, will also have an impact on the success of Chinese vehicles abroad. 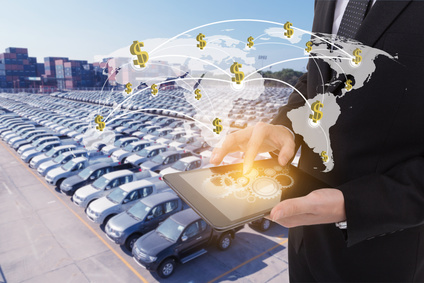 The era of electromobility seems very convenient to the young Chinese auto industry. Since they are developing many models from scratch, they are already designed for electric drives. Globally, China produced half of all electric vehicles last year. And here, too, is already on an expansion course – the state car company BAIC has announced to build a factory for electric cars in South Africa, BYD already produces electrically powered buses in California.
The CCC certification of the vehicles as well as emission and consumption tests are a big challenge for manufacturers worldwide.