According to a report by the International Federation of Robotics (IFR), South Korea currently has around 300,000 industrial robots in use, an increase of 10 percent over the previous year. Within five years, the Asian country has doubled the number of industrial robots and is now in third place after Japan and China. Nevertheless, there has been a decline in the installation of robots in recent years and a slight decrease is expected for this year as well. The president of the IFR, Junji Tsuda, expects a worldwide decline in the installation of industrial robots of 5 percent to 37,807 units. Weaker demand from the electronics and automotive industries, which together account for 82 percent of all customers, is mainly responsible for the decline. 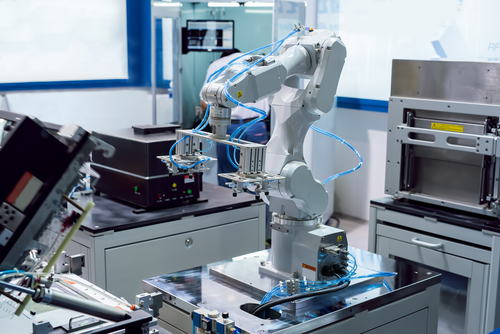 South Korea is also affected by the trade dispute between the USA and China. This has both positive and negative effects. China is an important export market for semi-finished products from South Korea, so there could be a decline in trade. On the other hand, Korean products could replace certain products from China in parts of the world. Nevertheless, the Korean economy is currently in difficult circumstances. Consumers are buying fewer electronic goods and announcements by leading companies that they are holding back investment suggest another year of declining robot installations.

The widespread use of industrial robots is inevitable for South Korea’s competitiveness. The population is aging rapidly and by 2050 it will have one of the oldest societies of any OECD country. This explains why South Korea already has the second highest number of robots in the world in the manufacturing sector. After Singapore, which leads the field, South Korea has 774 industrial robots per 10,000 workers. This is more than twice as many as in third-ranking Germany with 338 and Japan with 327 units. In 2019, the government of South Korea launched an education and training program to help employees operate robots and automated manufacturing equipment. By 2022, 50,000 factory workers are to be trained accordingly. Another funding program provides for the training of 2,200 employees of small and medium-sized enterprises to prepare them for the use of industrial robots. In South Korea, industrial robots require a self-regulating safety check according to the guidelines of the Korea Certification (KCs Mark, s stands for safety) for machine safety. The mark is issued by the Korean Occupational Safety and Health Authority (KOSHA). We advise your company and carry out both KC Certification and KCs Certification with our local partners.