What the German industry has long considered unrealizable, the Chinese manufacturer Contemporary Amperex Technology (CATL) now dares to set up a factory for the production of battery cells for electric vehicles in the middle of Germany. As late as May 2017, Continental CEO Elmar Degenhart and former VW CEO Matthias Müller declared a clear rejection of political demands for the construction of such factories in Europe. Bosch CEO Volkmar Denner even sees research in Germany on batteries as no longer economical in the future. CATL now wants to prove the opposite with its modern Gigafactory, which will be highly automated and, like all other energy-intensive businesses, will benefit from discounted electricity tariffs.

In the framework of German-Chinese government negotiations at the beginning of July 2018, the investment in Germany by Contemporary Amperex Technology (CATL) was finally announced. With BMW, they could already conclude a contract for the purchase of battery cells for electrically powered luxury class sedan “iNext”, which is to be released in 2021. The contract volume amounts to several billion euros. After BMW, Daimler is now interested in purchasing cells from CATL for its production in Europe. The two manufacturers already keep a purchasing pool for so-called “non-branded parts” with several global automotive suppliers. 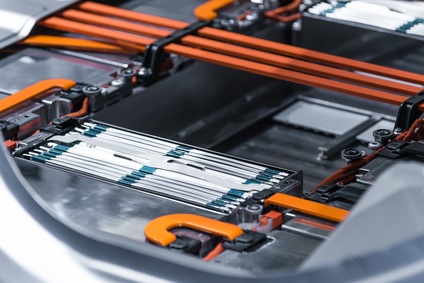 At Daimler there is a need for battery cells, because it is planning to bring ten new electric cars on the market by 2022. So far, Daimler relies on the South Korean companies LG Chem, Samsung and SK Innovations. Chinese companies have no locations for battery production in Europe yet. By means of the new partnership with CATL, Daimler expects a lower dependence and falling prices due to more competition.

One of the reasons for the decision of Contemporary Amperex Technology (CATL) to settle in Germany is the central location in Europe and easy accessibility of their customers through a good transport connection with the Erfurt autobahn interchange. In order to make the production and logistics of battery cells economical, they have to be manufactured close to the automobile manufacturers and delivered on a just-in-time basis. Because of their labeling as dangerous goods, batteries may only be transported by ship and not by airfreight. Currently, nine out of ten electric cars are equipped with battery technology from the Far East.

Electronic vehicles and many components must be China CCC certified for approval in China.